Boston’s Newest Rare Coin Dealer, Doubles its Budget for its HouseCalls Program to Buy Gold and Silver Coins From the Public in the Greater Boston Area 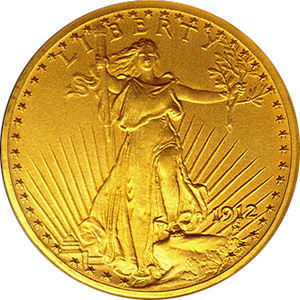 Boston Rare Coin Dealer, BeantownCoins.com, is increasing its budget  for purchasing from the public, two fold. The company already makes Beantown Coins HouseCalls in the greater Boston area, and they’re getting  a tremendous response. They can now make much larger purchases per visit as well.

Boston’s newest rare coin dealer, BeantownCoins.com, doubles its budget for its HouseCalls Program to buy gold coins and silver coins from the public in the greater Boston area. The company already makes Boston Rare Coin Dealer  and they’re getting a tremendous response. They can now make much larger purchases per visit as well. With gold making new highs this summer, many people have decided to sell parts of their collections, and for safety, many prefer a home visit too.

Few other coin dealers in the Boston area will make Boston Rare Coin Dealer as freely, as BeantownCoins.com, as the company has no retail presence. According to co-founder David Leventhal, a retail location may be in the company’s future Boston Rare Coin Dealer, but for now, the staff at Beantown can make HouseCalls exclusively. The company would like to note that coins may be sold at greater distances through a process found at BeantownCoins.com, and that select pieces of inventory will always be available for purchase online on their site.

Beantown Coins regularly purchases United States and foreign gold and silver coins, and as specialists in rare US coins, the company can pay top dollar for coins of greater scarcity and quality. Commonly customers sell gold coins such as US Gold Liberties and Eagles, British Sovereigns, and Canadian Maple Leafs. The popular Boston Rare Coin Dealer silver sales include pre-1965 US silver currency, ranging from bullion to mint condition. These include Morgan Silver Dollars, Peace Dollars, Franklin and Walking Liberty Half Dollars, and any coins from the Barber and Standing and Seated Liberty Series.

The company believes that their HouseCalls approach is a winner. Co-Founder and Manager Joe Palmieri said, “Many people think gold and silver have had it, others just need to sell for personal reasons. We’re getting a great response from our HouseCalls program, and we decided it was time to expand it.”

The company believes that many people just don’t feel as safe carrying  their valuables around Boston Rare Coin Dealer, and they may be right. According to one customer, Christopher Chronis, “I didn’t want to travel into the city with my gold. I felt this would be safer, and their prices were fair and reasonable.”